POE (Power over Ethernet) has existed for many years however, recent revisions to IEEE standards for communications cables has opened the door to higher power applications for POE, such as room lighting. Through these cables, power levels approaching 100 W are possible, along with simultaneously communications between devices and systems. POE is typically implemented as a “structured” cable system, wherein cables are bundled together for extended lengths. Cable heating is a function of the power it carries and as such, installation and layout become critical factors in ensuring safe operation. New requirements for POE have been added to the Code in the form of new Rules 16-300 through 16-350, and Table 60.

Control devices are increasingly used as an essential part of energy management systems. Many of these devices require power to operate, and where used in a simple switch loop, create a small current through the bonding conductor. As the number of devices increases, the cumulative current through the bonding system will become unacceptable. New Subrule 4-028(2) now mandates that an identified conductor be installed at each manual or automatic control location. This requirement applies to all occupancy types. The term “neutral” has been replaced with the more accurate term “identified conductor”.

Section 10 requirements have been reorganized into a more logical flow of requirements and significantly reduced in size. Objectives for solidly grounded, impedance grounded, and ungrounded systems are clearly specified at the beginning of the Section. Tables 16A and 16B have been combined into a single Table, with Rule 10-614 providing specific conditions for selecting the size of bonding conductor or bonding jumper.

To support safe maintenance, the Code has for several editions required disconnecting means for fluorescent luminaires utilizing double ended lamps and operating at more than 150 V. With increased use of LED lighting, the requirements have been extended to LED luminaries exceeding 150 V to ground with double ended lamps.

The requirement for tamper resistant receptacles in dwelling units and child care facilities is expanded to include other areas where children may be present including hotel guest rooms, preschools, and elementary education facilities.

(2) that the continuous load not exceed a specified percentage of the allowable ampacity determined from Section 4.

Subrule 8-106(1) has existed in the Code for some time however, the later introduction of Rule 8-104 put 8-106(1) in conflict. In addition, conductor ampacities are determined by Section 4, not 8, as confirmed by several related changes to Section 8. Finally, the Subrule has been inconsistently applied. As such, Subrule 8-106(1) was deleted.

The maximum continuous load determined for a given installation may be substantially less than the equipment rating. However, there is no requirement to communicate this information to maintenance personnel, installers, or inspectors, for purposes of future maintenance or modification of the electrical system. As a result, new Subrule 2-100(4) requires that a caution label be applied to the equipment to indicate the maximum permitted continuous load.

Much research has been conducted on the phenomenon known as electric shock drowning. Section 78 has been extensively updated to require GFCI and Ground Fault protection for branch circuits and feeders respectively. The scope of Section 78 has been expanded to include additional types of structures such as floating piers and docking facilities, and the Rules have been re-arranged to simplify navigation of the Section.

Electric vehicle supply equipment (EVSE) can draw a substantial load when in the charging mode. For existing buildings, the addition of EVSE can result in the total load exceeding the existing service capacity. In this case, the first option is to increase the service size. A second option is to install a system to monitor the power being drawn by EVSEs and other building loads, and control the EVSE loads such that the overall load does not exceed the limits of the existing service, feeders, and branch circuits. In combination with new Rule 8-500 and new Subrules 8-106(11) and (12) such systems are now recognized in the Code as Electric Vehicle Energy Management Systems (EVEMS). Complementary to the introduction of EVEMS, a new Table of loads and demand factors has been added specifically for EVSE.


For decades, ground fault circuit interrupters (GFCIs) have saved thousands of lives and have helped significantly reduce the number deaths. Make sure you check them regularly to ensure they are working.

Who can run electrical business 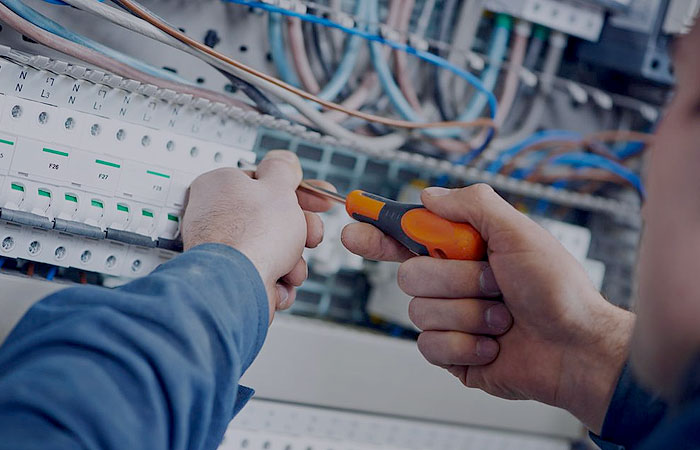 If you are interested in purchasing an old building for commercial use or maybe your business is in an old building that needs a serious upgrade, you will need a specialized crew of professionals to make it happen.

Commercial projects require a different set of skills and talents than the standard residential projects. Everything is on a much bigger scale, including the wiring and electrical needs. For this reason, it is absolutely critical you hire an electrical team that has experience and training to work on commercial projects. A certified electrician on your job ensures everything will be done right and up to code, which means your renovation or upgrade will chug along according to your schedule. The team at The Electric Connection has the commercial experience you want and need.

It is always best to bring the electrician in at the very beginning of a restoration project. This allows the professional to provide valuable insight and input as to where the wiring needs to be as well as the best type of materials to use for a commercial project. Bringing in the certified professional early on also makes the scheduling of the project much easier. You won’t have to worry about down days or redoing certain areas because the wiring wasn’t put in first. The construction team needs to work together and that means everyone needs to be involved from the get go.

The planning phase is an excellent time to discuss all of the commercial lighting options and various upgrades that can be put in place throughout the building. It is important these are thought about beforehand to make sure the project runs smoothly. Projects that are delayed or run into various hiccups can cost more money and end up pushing back opening dates. Give The Electric Connection a call today and talk with one of our professionals about your commercial building renovation. 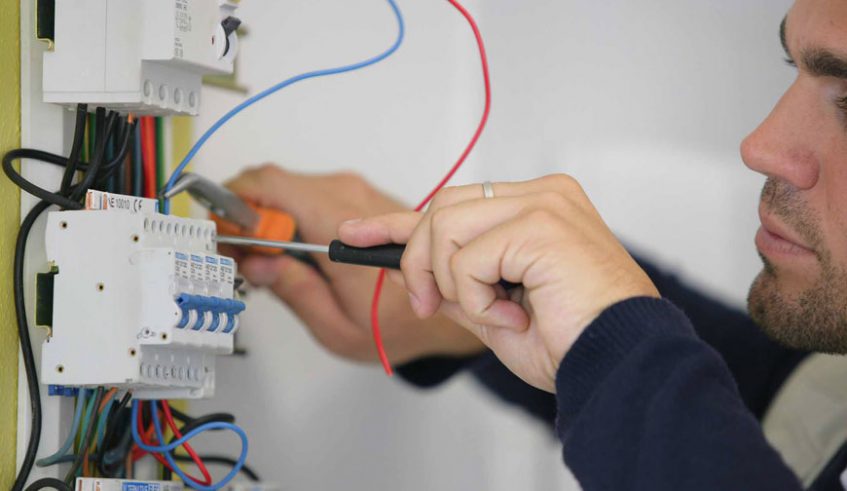 Decorating your home and the outdoors is an extremely popular activity starting in about March. If you are planing to finish your basement, it is the time to start planning…..

Who can run electrical business Do you know that only electrical contractors licensed by the...

Decorating your home and the outdoors is an extremely popular activity starting in about March....

Free Consultations over the phone*

TSSA#000303168
ECRA/ESA#7010217
© 2019 Electrical Services.
All Rights Reserved
We use cookies to ensure that we give you the best experience on our website. If you continue to use this site we will assume that you are happy with it.Ok